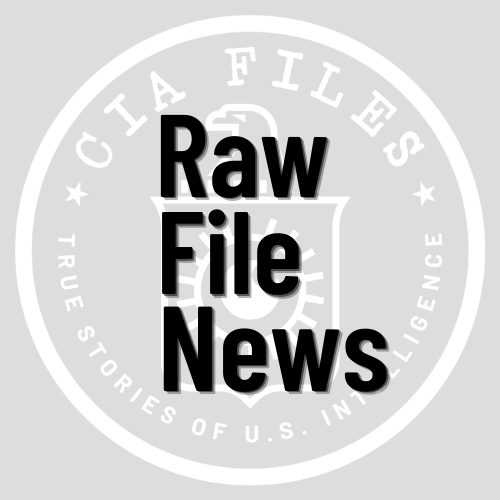 Sri Lankans have been engaging in violent protests recently, demanding that president Gotabaya Rajapaksa step down. “Gota go home” has become a rallying cry for large segments of the Sri Lankan population. Disapproval of the president has united many different groups, bringing together people of all races and religions.

Gota is accused of mismanaging the country’s finances, as well as extreme racism.

Gota’s brother served as Prime Minister until he resigned on Monday, May 9, amid widespread violent protests. On Friday, May 13, Gota appointed a member of the opposition party as Prime Minister, an MP named Ranil Wickremesinghe.

Sri Lanka is in crisis as its federal reserves run dangerously low, due in large part to misuse of public funds by its leaders. But its troubles are compounded by global crises, including the coronavirus pandemic and food shortages caused by the ongoing conflict in Ukraine - problems that threaten many developing countries around the world.

Ferdinand Marcos, Jr will be the next president of the Philippines after winning a landslide victory last week, taking an estimated 97 percent of the votes. His father ruled as the dictator of the country for 21 years, a period full of human rights abuses and rampant corruption.

Top U.S. officials are warning that China is building military forces with the intention to invade and reclaim Taiwan. Director of National Intelligence, Avril Haines, called the threat “acute.” At a hearing before the Senate Armed Services Committee, she said

"It's our view that (China is) working hard to effectively put themselves into a position in which their military is capable of taking Taiwan over our intervention."

"I think they're learning some very interesting lessons from the Ukrainian conflict, like how important leadership is, how important small unit tactics are, how important a (noncommissioned officer) corps is, and really effective training with the right weapon systems and what those systems with the right people would be able to do to thwart that."

He also says he believes China would prefer to avoid military conflict if they feel they can reclaim Taiwan through diplomatic means.

Meanwhile, the U.S. State Department quietly edited its webpage dedicated to Taiwan recently, removing the sentence “The United States does not support Taiwan independence.” The page does still say that the U.S. has a “one-China policy.”

Al Jazeera reporter Shireen Abu Akleh was shot and killed by Israeli forces during a raid on the Palestinian city of Jenin on Wednesday, April 11th. Jenin is in the occupied West Bank of Israel, and is home to a refugee camp of around ten thousand people.

Al Jazeera says that Abu Akleh was wearing a press vest and was standing in a group of reporters there to cover ongoing raids in the area. Another Al Jazeera reporter, Ali al-Samoudi, was also shot in the back, but survived and is in stable condition.

Abu Akleh’s killing has sparked international outrage toward Israel’s treatment of its Palenstinian residents. Leaders from countries all over the world, as well as groups like Amnesty International, have condemned the killing and have called for transparent investigations.

On Friday, May 13, Israeli police attacked Abu Akleh’s funeral procession, using flash grenades and batons on mourners, including the pallbearers carrying her casket, as the procession marched on foot toward Jerusalem’s Old City. Israeli officials say the police were forced to act after mourners began throwing rocks at them.

Meanwhile, the Israeli government approved the construction of over four thousand new homes on the occupied West Bank, according to watchdog group Peace Now. From Reuters:

There was no immediate government statement, but responding on Twitter to Peace Now's tally, Israel's nationalist interior minister, Ayelet Shaked, called it "a festive day for the settlement of Judea and Samaria" - biblical names for the West Bank.

CIA Director William Burns recently met with Saudi Prince Mohammed bin Salman to discuss several issues, including supplying oil to the United States, and an upcoming deal for the Saudis to purchase weapons from China.

Burns is a career diplomat, and he seems to be utilizing his experience by meeting personally with government leaders face-to-face – an unusual tactic for the chief of the Central Intelligence Agency.

In Ireland, the Democratic Socialist party Sinn Féin won the majority of seats in what is being called a historic election.

One of the party’s main goals has been to leave the United Kingdom and rejoin the Republic of Ireland. To do so, the people of Ireland would have to approve the measure in a national poll.

Finland’s president and prime minister both voiced the need for the country to join NATO amid Russia’s continued invasion of Ukraine on Thursday, May 12. They are likely to apply soon, and are expected to be approved quickly. Officials believe Sweden will quickly follow suit.

Russian President Vladimir Putin condemned the announcement, with the Kremlin announcing it would have to take “military-technical” steps in retaliation.

In an interview with Politico, Ukrainian Foreign Minister Dmytro Kubela expressed frustration with Western allies for delays in sending weapons to the country. He said that Russia could have been stopped earlier if United States officials trusted Ukraine’s ability to withstand the invasion. He said:

“But if we had been heard from the very beginning on all the weapons that we need to receive, if we didn’t have to spend hours and days explaining to partners in Europe and in the United States why we need specifically this weapon and not another one, we would have received all these weapons by now. We would have trained all the people and the situation on the ground would have been much different, would have been much better.”

“This is where all of us lost time and allowed Putin to gain what he shouldn’t have.”

On Monday, May ninth, Vladimir Putin oversaw Russia’s Victory Day parade. And Ukraine responded with a Victory Day parade of its own, made up of captured and destroyed Russian tanks and other military vehicles.

The 93rd #UAarmy Brigade held a parade of trophy russian tanks, ruining the holiday for the occupiers. Maybe aggressors think that by arming #UAarmy with russian trophy equipment, it will affect the turn of NATO-style armament? New clever plan.

Recently, Russia is reported to have lost most of two battalions of soldiers and tanks while trying to cross the Siversky-Donetsk River, which runs west to east between Donetsk and Luhansk. While crossing on pontoon bridges, the Russian forces were drilled with Ukrainian artillery, losing up to a hundred vehicles and more than a thousand troops, according to Forbes.

Meanwhile, Russian forces continue to hit the port city of Odesa, likely in an attempt to limit Ukraine’s access to the Black Sea. The Russian blockade of Odesa has affected global food supplies, as Ukraine isn’t able to ship grains to a number of foreign countries that depend on shipments to feed their populations.

“We have received credible information of torture, ill-treatment and incommunicado detention by Ukrainian Armed Forces of prisoners of war belonging to the Russian armed forces and affiliated armed groups. This violates fundamental rules of international humanitarian law. Ukraine and Russia must promptly and effectively investigate all allegations of torture and ill-treatment of prisoners of war. They must also effectively control and instruct their forces to stop any further violations from occurring.”

Russian war plans left behind in the town of Trostyanets indicateVladimir Putin intended to take all of Ukraine, according to Ukrainian officials. Ukraine’s State Bureau of Investigation Chief Oleksiy Sukhachev said in a statement,

“Investigators… found important documents of soldiers of the Russian Federation's Armed Forces that give a clear understanding that Russia was preparing to seize all the territory of Ukraine. All this information will be studied.”

Russian forces occupied Trostyanets for a month before pulling out earlier in their invasion.

Official reports say that downed Russian SU-34 fighter jets are being found with old GPS units taped to their dashboards. From Independent:

British defence secretary Ben Wallace said a chargesheet of the Russian army’s failure, including poor battle preparation and inadequate equipment for its invasion in Ukraine, should be placed at the feet of Moscow’s General Staff of the Russian Army.

Calling the Russian invasion of Ukraine an “illegal war”, Mr Wallace on Monday said that Russia’s top officers failed their troops on the ground as their vehicles did not contain situational awareness and digital battle management as required.

Citing Russia’s inadequate equipment and support to soldiers during invasion, the defence secretary said: “Russian vehicles had not been maintained properly and immobilised many logistics vehicles, leading to cheap tyres being blown out and truck axle hub failures, all due to poor maintenance or the money for that maintenance being taken elsewhere.”

The Republic of South Ossetia, part of the country of Georgia, will hold a referendum on joining Russia, breaking ties with its current country. The announcement came from President Anitoly Bibilov, who recently lost his bid for re-election. However, the incoming president, Alan Gaeglov, has also expressed pro-Russian sentiment.

On Thursday, May 12, the International Energy Agency announced that Russia’s oil revenues rose by 50 percent this year despite boycotts from other nations. From Yahoo Finance:

Moscow's exports rebounded last month by 620,000 bpd from March to 8.1 million bpd back to their January and February average as India and China picked up supply rerouted away from the US and Europe.

However, despite working on a Russia crude import ban, the EU remained the top market for oil exports in April, according to the IEA's monthly market report.

And yet another former Russian oligarch has died under strange circumstances. Alexander Subbotin was found dead in the home of a so-called Russian shaman on Sunday, May 8. He died of an apparent heart attack in the shaman’s basement, which is reported to have been used for voodoo rituals. Local news outlets report that Subbotin visited the shaman for a hangover cure involving toad venom. 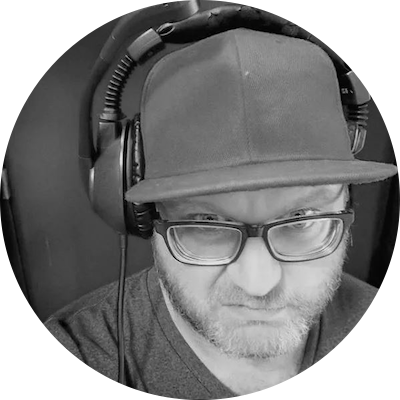 With about 90% of a journalism degree, I've bounced from one word-related job to the next, including freelance blogging, a little time reporting for Tallahassee NPR affiliate WFSU, a handful of years as a writing tutor at Florida A&M, and most recently, two years at Black News Channel. My primary worldly passion is telling stories.

I read, and I write, and sometimes I talk -- typically too much. I have a habit of fixating on subjects and then info-dumping on whoever's nearby. Since I became fixated on the CIA, I decided to start this podcast to save my marriage from my habit of bombarding my wife with random facts and odd ramblings.