Tigray’s last functioning hospital, Ayder Referral Hospital, was forced to suspend operations over the weekend due to a number of problems, including power outages and a shortage of medical supplies.

"We have run out of medicines; there is no anaesthesia, no oxygen supply. One year has passed since the hospital's oxygen supply was disrupted.”

The Tigray region has suffered from severe shortages of food, fuel, and medical supplies as the Ethiopian government has maintained a de facto blockade on the region since fighting broke out last year.

Patient deaths, including infants, have skyrocketed in recent months. Hospital officials say this is due to the ongoing shortages, which have also forced them to turn away people in need of medical care.

A bit of good news as Yemen between Houthi rebels and a Saudi-led coalition have agreed to extend their on-going ceasefire for another two months. The two groups are expected to return to Jordan soon to continue peace talks.

Iran now has enough enriched uranium to build a nuclear weapon, according to the United Nations International Atomic Energy Agency. From NBC News:

"Iran has now accumulated enough enriched uranium to be able to quickly produce more than a significant quantity of HEU (highly enriched uranium) for one bomb," said Daryl Kimball of the Arms Control Association think tank. "The time it would take them to do that can now be measured in days, not months or weeks."

Iran has ramped up its nuclear efforts ever since President Trump withdrew the United States from its 2015 deal with Iran to lift sanctions in return for halting nuclear development.

The Taliban has begun a campaign to wipe out Afghanistan’s widespread poppy farms. The group announced in April that opium production was now prohibited in the country, which has been one of the world’s biggest suppliers of heroin up to now.

A number of Afghan farmers depend on poppy production to afford basic staples, so this move is likely to prove harmful to people already living in poverty due to the country’s failing economy. Many farmers say poppies are the only crop viable in their region due to soil and climate conditions.

According to President Volodymyr Zelensky, Russian forces have relocated over two hundred thousand Ukrainian children to Russia so far. In an address on Wednesday, June 1, he said that Russia:

"forcibly removes both adults and children. This is one of Russia's most heinous war crimes. In total, more than 200,000 Ukrainian children have been deported so far. These are orphans from orphanages. And children with parents. And children divorced from their families.

“The Russian state disperses these people on its territory and settles our citizens, in particular, in remote regions. The purpose of this criminal policy is not just to steal people but to make deportees forget about Ukraine and not be able to return."

Russia continues to make slow but steady gains in the east. Russian forces have almost taken complete control of the city of Severodonetsk, and are closing in on Lysychansk, the last holdouts in the Ukrainian-held regions in Luhansk.

Russia also continues its push into the Donbas region, focusing on the city of Bakhmut in Donetsk.

“The combined use of air and artillery strikes has been a key factor in Russia’s recent tactical successes in the region,” the U.K. Ministry of Defense said in a Saturday assessment. The British ministry warned that after launching so many guided missiles, Russia was employing unguided missiles that have “almost certainly caused substantial collateral damage and civilian casualties.”

The winners of this year’s Eurovision song contest, a group from Ukraine called Kalush Orchestra, announced that they would be selling their trophy for nine hundred thousand dollars, with the funds going toward the purchase of military drones for their home country. From CNN:

The winning bid for the trophy was attributed to WhiteBIT, a cryptocurrency exchange. WhiteBIT said that the purpose of the online auction was to raise one million euros ($1,077,000) to buy three PD-2 drones for the Ukrainian armed forces.

Newsweek reports that U.S. intelligence officials claim that President Vladimir Putin underwent cancer treatment in April. The intelligence report also says an attempt was made to kill the Russian president as well.

However, the unnamed officials who spoke to Newsweek also say the intelligence reports could be wrong. From Newsweek:

"We need to be mindful of the influence of wishful thinking," cautions the retired Air Force leader. "We learned—or didn't learn—that lesson the hard way with Osama bin Laden and Saddam Hussein."

“President Vladimir Putin appears in public every day. You can watch him on screens, read and listen to his performances. I don’t think that sane people can see signs of some kind of illness or poor health.”

Many of the claims of Putin’s poor health have come from Ukrainian intelligence officials.

Canadian officials say their aircraft patrolling international waters are being buzzed by Chinese warplanes. They say the Chinese warplanes have gotten as close as 20 feet to their own planes, close enough that the pilots can make eye contact, sometimes forcing Canadian pilots to change course to avoid collision.

The Canadian flights come out of Okinawa, Japan, as part of Operation Neon, which works to enforce trade embargoes against North Korea.

CIA analyst and whistleblower David C MacMichael died on May 16 at the age of 93. MacMichael is best known for uncovering Reagan’s plans to overthrow the Nicarauguan government in 1983.

President Jimmy Carter had been providing aid to the leftist Sandinista government, but cut them off when it was discovered that they were sending aid and weapons to rebels in Ecuador. When Ronald Reagan took office, he began funding the Contras, who opposed the Sandinista government. Reagan insisted that the Sandinistas were still providing aid to the rebels – a claim that MacMichaels said he discovered to be untrue.

After leaving the CIA and traveling to Nicaraugua to investigate personally, MacMichaels told reporters:

“There is a point where exaggeration becomes impossible to distinguish from prevarication. If ever a major public policy of the United States has been justified on such flimsy grounds, such patently unprovable claims, I cannot recall it.”

Shortly after MacMichael’s claims, Congress cut off American funding for the Contras, leading to the CIA’s illegal efforts to fund the Contras through cocaine trafficking into the United States.

The U.S. State Department's Taiwan website has been updated again, reintroducing a statement in support of a one-China policy that it had removed recently. It also added that the U.S. does not support Taiwanese independence.

For the third time now, a player of a popular online video game has released classified military information on an online forum in order to win an argument. All three times, the leaks have revolved around the tank simulator War Thunder. This time, a person leaked classified information on Chinese tank munitions. 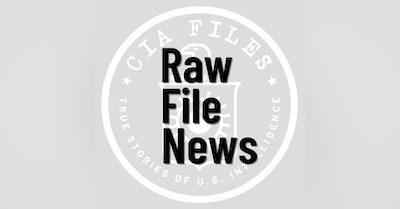